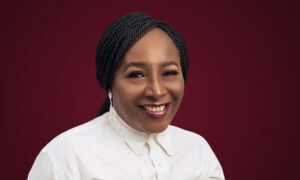 She has starred in over 250 movies. She is a perfect fit for the role of villain, wicked witch, and other similar roles. Her personality is far from what we see on screen, she is a kind and good-natured woman.

She is a Christian, a widow, a mother, and a grandmother.

She had her schooling in Lagos at the Abimbola Gibson Memorial school, then Methodist Girls School, Yaba. She returned to Enugu due to the civil war that broke out around that time.

She proceeded to Afikpo Teachers training college and then the institute of management and technology in Enugu, where she studied Fine and Applied Arts.

Patience worked as a teacher at the WTC secondary school before venturing into broadcasting.

She worked as a reporter for the Federal Radio Corporation of Nigeria (FRCN), and while at it, she participated in radio drama and soap operas.

Mama G joined Nollywood in 1998 after she did a commercial with Pete Eneh without an audition, she killed the commercial and thus left a great impression on Chief Zebrudaya and other top Nollywood directors.

After much persuasion, she joined the movie industry in 1998 and rose to prominence after starring in a soap opera titled Someone Cares on the National Television Authority( NTA).

In 1999, she got her first acting role in a Nollywood movie titled Authority and Living in bondage both movies made her popular. She has then acted in over 250 movies. Few are listed below

Mama G has resigned from active production, she said an angel came to her in her sleep and told her to stop acting and start serving God.

She is currently working as an evangelist and a purveyor of the good gospel of Jesus Christ.

Patience was Married at the tender age of 19 to Mr. Ozokwor in the year 1977, who was a mechanical engineer and also a civil servant in Enugu.

According to her, the marriage was arranged by her parents; she expressed her regret at not marrying the man of her choice. Her husband died in 2000 after battling illness for more than 10yrs, she has not remarried since the demise of her husband.

However, the arranged marriage was a successful one and they are blessed with three children, she also adopted 5 children and gave them her name.

The firstborn is Uchendu Ozokwor Chukwunonso a professional engineer and graduate of the state university of technology.

He once featured in his mother’s movie titled Why to Marry in 2016. Uchendu married Gloria Nweze in 2013 at a glamorous wedding in London.

The second born is the only biological daughter of Mama G, her name is Chioma Nnena Lameya Ozokwor. She got married in 2020 in Enugu and lives in London with her husband.

The last born and the second son of Mama G is a professional footballer, his name is Nduka Ozokwor, he was a former player of Enugu Rangers before relocating to Turkey, where he currently plays for MKE Ankaragucu.

Not much is known about her adopted kids but she once mentioned in an interview that one of the five children died due to a blood infection.

Mama G is a veteran in the movie industry and her net worth is approximately 1million USD.