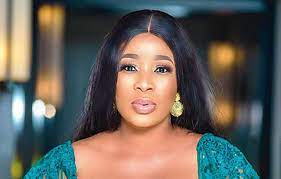 Kemi Korede as she is popularly known is a Nigerian actress, producer, television personality, master of ceremonies, and social media influencer. Officially her name is Oluwakemi Adetoro Ojo but she kept her maiden name professionally. She is a creative, talented, hardworking, and sophisticated woman. She is quickly making her mark in the entertainment industry. As fast-paced as the industry is, Korede has managed to keep herself relevant. She mainly acts in the indigenous movie (Yoruba speaking)

Growing up And Education

Korede was born on July 15th, her year of birth is unknown but with her looks, she is said to be in her late thirties or early forties. She was raised in Agege, part of Lagos state. Although raised in the city of Lagos, Korede hails from Supari Akoko, Ondo State. She attended School 2 Oyewole primary school and for her secondary education, she went to the State High School in Oyewole, Agege. The Nigerian film actor then took her education further by going to the school of nursing in Ilishan, Ijebu Ode, Ogun State.

Korede’s acting career started when she was in secondary school participating in her school drama, this is how her passion for acting started. But officially she didn’t become a member of Nollywood till 2006. The year she appeared in her debut movie “Omobewaji” she starred alongside Olaiya Igwe, Funke Akindele, Rykardo Agbor among others. The movie launched Korede’s acting career and since then she has starred in several movies and quickly made a name for herself in the Nigerian movie industry. Her fame rose the more with another exciting role in the movie “Ile Olorgun” where she played the daughter of Olumide Bakare and Yetunde Wunmi.

She has bagged a City People Movie Special Recognition Award to her portfolio.

Since she started her acting career over a decade ago, Kemi Korede has appeared in many movies, and also produced some, which includes the following;

The Nollywood star is married to the love of her life and the couple is blessed with three children, two girls, and one boy. Korede, born a Christian has been rumored to have converted and practiced the Islamic religion when she went to the Muslim pilgrimage Hajj in Mecca with best friend Liz Anjorin in 2013. However, she has kept silent about the rumor.

Currently, Korede’s net worth is estimated to be $300,000 all being income from her movies and numerous endorsement deals and shows she MC.

Kemi Korede has created an active community of followers for herself on social media. She earns money as a social media influencer and has signed a few deals with popular Nigerian brands. She constantly shares tidbits about her life and work on social media; she has over 1 million followers on Instagram, her official Instagram handle is @iamkemikorede.