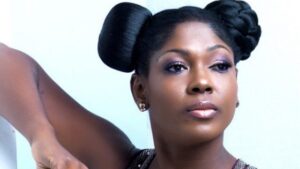 Susan Peters is a prolific award-winning Nigerian actress, a successful model, an interior designer, an entrepreneur, and a filmmaker known for her outstanding performance and versatility in movies. She has featured in numerous Nollywood movies. The Benue state-born actress has won several awards for her stellar performance in Nollywood movies. Without mincing words, Susan has featured in more than 90 Nollywood motion pictures, including 11 days 11 Nights, The Hammer, The President Must Not Die, Wasted Effort, The Begotten, Champagne, State of Emergency, Stolen Bible, 30 Days, Love Entrapped among numerous others.

Susan Peters was born on 30 May 1980 into a military family of Idoma extraction in Ado Local Government Area, Benue State in central Nigeria. Susan speaks several Nigerian languages owing to the work of her father being a soldier; she had to move around the country when she was young.

Due to the movement of her family across the country, Susan Peters’ education was adversely affected while growing up. She attended Airforce nursery and primary schools in Wuse, Abuja before proceeding to FGG College still in Abuja. She went afterward to study Computer Science at Asman English School in 1998.

In 2002, she graduated from Video Waves and Camera Film School where she studied TV and Film production finishing as finished Best Overall Female in her class.

Susan Peters’ acting career kick-started in the year 2002 after graduating from Video Waves and Camera Film School.  She ventured into modeling in 2003 and appeared in TV commercials, billboards, press ads, and handbills for companies such as British American Tobacco (BAT, Fidelity Bank, Bank PHB, Golden Penny Pasta Blood Tonic, and FinBank Nigeria among numerous others. Susan upheld her determination not to act in raunchy love scenes or appear with little or no clothing despite pressure mounted on her by movie directors. This has earned her much respect from her numerous fans and even colleagues.  She has featured in several Nollywood movies with notable household names in Nollywood such as Emem Isong, Majid Michel, Alexx Ekubo, Tana Adelana, Pascal Amanda, Toyin Abraham, Odunlade Adekola, Tonto Dikeh, Jackie Appiah, Kanayo O. Kanayo, Ini Edo, Rita Dominic, Ngozi Ezeonu, Genevieve Nnaji, Majid Michel, Desmond Elliot, Omoni Oboli among others.

Susan’s ability to interpret roles given to her by directors has made her one of the most respected actresses in Nollywood. She has won several awards both locally and on the international stage. Awards won by her include;

Susan Peters has featured in and produced quite many movies and has earned notable recognition in the Nigerian movie industry. Her ability to creatively interpret any role given to her makes her one of the most promising actresses in Nigeria. Some of the movies she has featured in include;

In 2012, Susan Peters had a rift with renowned blogger Linda Ikeji on Twitter after the latter published a piece of news about her purchasing Blackberry Porsche, which opened her to insults hauled at her by Lindaikejisblog’s users. She was unhappy about the development and engaged the blogger.

Susan is happily married to her Dutch heartthrob. They got married on the 10th of October 2015 at Ikoyi Registry in Lagos.  The wedding was attended by some of her notable colleagues in Nollywood such as Desmond Elliot, Rita Dominic among others.

With over 292k followers on her Instagram, Susan Peters is a phenomenal celebrity influencer; she provides room for interaction with her fans through various social media platforms. One of her most active social media accounts is her Instagram account @realsusanpeters where she can be interacted with by her numerous fans.