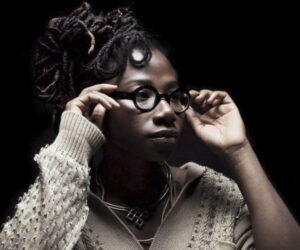 Bukola Elemide popularly known by her stage name Asa is a Nigerian-French singer, songwriter, and recording artist. She is one of the most talented female artists recognized both locally and internationally. Her type of music has made her stand out from her colleagues from the inception of her career. Also her unique hairstyle and dress sense only she can pull off is remarkable and have been her signature. Asa has a great personality as a celebrity and generally has a person.

Asa was born in Paris to Nigerian parents on September 17th, 1982. Her parents at the time were working and studying in France. Asa’s parents returned to Nigeria when she was 2 years old. The family resides in Lagos state although her parents are indigenes of Abeokuta Ogun State. She grew up in the city of Lagos with her three older brothers and siblings. Eighteen years later when Asa turned twenty years old she went back to Paris. Asa grew up under the influence of her father’s music playlist and his work as a cinematographer. Great musicians like Marvin Gaye, Fela Kuti, Bob Marley, Aretha Franklin, King Sunny Adé, Diana Ross, Nina Simone, and Miriam Makeba are who Asa grew up listening to and what started her passion for music.

Upon her arrival in France, Asa went to study at the IMFP school of Jazz music, it was at the school she was told by her teachers that she should go on and become a recording artist as she was ready and needed no further schooling.

Recently, on the 25th of February Asa released another album that seemed to blow her fans away. The album is titled “V” and has a total of 10 songs.

Listed below are some of Asa’s songs from her different Albums;

And below are Asa Soundtracks;

She won the prestigious French Constantin Award in 2008 when she was voted the best fresh talent of 10 singers or groups by a jury of 19 music-industry specialists in Paris.

In 2011, Asa was nominated at the French Music Awards Victoires de la Musique nomination for “Female Artist of the Year”.

Asa has become a legend in the Nigerian music industry and she is one of Nigeria’s most exposed musicians with an estimated net worth of $30 million.