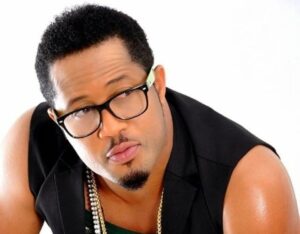 Mike Ezuruonye is a 39yrs old professional Nigerian actor, TV personality, director, Brand ambassador, producer, and writer. He hails from Anambra state and was born and raised in Lagos.

Mike Ezuruonye was born on the 21st day of September 1982 in Lagos. He is the first from a family of five according to his interview with TNV in 2009.

He was born with a silver spoon in his mouth but life took a different turn when he lost his father and all his father’s properties were usurped by his uncle and they are left to fend for themselves. He said in the interview that their mother works hard to take care of them.

She started by taking a job at a bank and did some side businesses along with it and today, all of them are successful in their chosen field.

He attended Federal government college, Wukari, Taraba, and Archbishop Aggey memorial school in Lagos. He attended Nnamdi Azikwe University where he earned a degree in accounting. It was rumored that he took a professional course at a film school in Canada.

In 2021, he earned a doctorate in Arts and literature from the Estam University, Benin Republic.

Mike worked briefly as a banker after completing his university education before venturing into show business.

He is familiar with right from his secondary school days, according to him, he had a headmistress and a proprietress who exposed him to a variety of TV shows.

He starred in series and comedies like Ultimate Heroes and Brother Jewku.

He joined Nollywood in December 2013 and starred in Broken Marriage which introduced him to the world, he rose to fame in one of Nollywood’s bestsellers titled Critical Decision.

He is passionate about acting and his versatility has been demonstrated numerous times, his roles on set are not constant, it can be anything and he would perform flawlessly.

In 2016, Mike’s debut movies Divorce not allowed and Brother Jekwu as a movie director were released, the movies were well received both at home and abroad.

He has starred and directed over 100 movies since his debut in 2003. Some of the movies are listed below.

Mike Ezuruonye has been nominated for numerous awards, some of which he won. Here is the list of his nominations.

Mike Ezuruonye met Keke Nkechi Nnorom in Abuja, where he went to shoot a movie. Nkechi was a medical psychologist based in Canada, who visited Nigeria at the time.

The pair got married on the 13th day of November 2010 and are blessed with two kids, a boy named Reynold Nkembuchim Ezuruonye, born at the St.Michael hospital, Ontario, Canada on the 1st day of October 2011. The second child was born in September 2016 in Canada, her name is Elsa Ezuruonye.

Mike Ezuruonye is a household name in the movie industry, he is one of the most sought-after actors in show business. His net worth is estimated to be over 3.6 million USD.

Mike Ezuruonye did not make all of his money from acting alone, he was an ambassador to many brands. He was Globacom Brand Ambassador from 2010 to 2013, a year later, he became the Airtel brand ambassador, he was once the face of Malta Guinness.