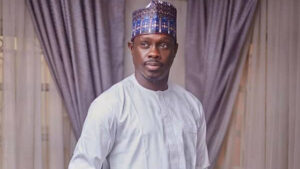 Ali Nuhu Muhammed is a Nigerian actor and movie director.  He is popularly referred to as the king of kannywood or “Sarki Ali” by the media; he acts both in English-speaking and indigenous (Hausa) movies; Kannywood is the Hausa film industry headquartered in Kano, Nigeria. You can’t mention the top Hausa-speaking actors in Nigeria and leave Nuhu out as he is one of the most influential actors in the industry.

Ali Nuhu was born in Maiduguri, Borno State, in northeastern Nigeria on March 15th, 1974. His father Nuhu Poloma is an indigene of Balanga town of Gombe State and his mother Fatima Karderam Digema hails from Bama Local Government Area of Borno State. He was raised in Jos and Kano States respectively.

Nuhu started his basic education in Riga Special Primary School, from 1979 to 1985. For his secondary school, he attended Government Secondary Commercial School in Kano from 1986 to 1988, where he got his Secondary School Certificate. Upon the completion of his secondary school education, he obtained a Bachelor of art degree in geography from the University of Jos. He did his National Service corps in Ibadan, Oyo State.

He later went to the University of Southern California for a course in film production and cinematic arts. He was also a part of a film training program at the Asian School of Media studies in New Delhi.

While he was serving the country during his National Youth Service he was a member of the Dance and Drama Troupe. He eventually represented Oyo State in the NYSC National Dance and Drama Competition.

Nuhu officially launched his acting career with the 1999 film Abin sirri ne. He is more famous for his role in Sangaya which became one of the highest-grossing Hausa films of all time. Ali Nuhu featured in many TV series, including Azal, Jarumin Maza, and Stinda. In 2019, Nuhu commemorated his 20th anniversary of being in the entertainment industry. He has featured in more than six hundred movies.

Besides acting, he is also a successful businessman as he is the founder and CEO of a production company named FKD productions.

Nuhu has made his mark in the Nigerian movie industry, he has featured in many movies in both English language and Indigenous (Hausa), some of which are listed below;

Nuhu is one of the most famous actors in the North and Nigeria. He has received much recognition like being listed among the top ten of the 100 most influential men in Nigeria. He also received an honorary doctorate from ISM Adonai American University, the Benin Republic in 2018.

Nuhu has garnered wealth through his hard work in the entertainment industry. However, his net worth is not available to the general public.

He is married to Maimuna Garba Ja Abdulkadir, the two got married in 2003, and their relationship is still waxing strong. His social media handles are @realalinuhu on Instagram, on Facebook actoralinuhu, and on Twitter @alinuhu.