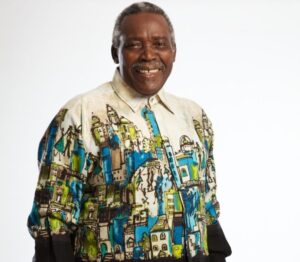 He’s one of the biggest well-known stars in Hollywood and has set a lot of standards during his time. The Nigerian actor has contributed immensely to the Nigerian movie industry. With over five decades of industry experience, the 79-year-old actor has featured in many home videos. over 100 stage productions, had about 30 television productions in Nigeria.

Olu Jacobs was born on the 11th of July 1942 in Egba lake town in Abeokuta, Ogun State, southwestern Nigeria. He spent most of his childhood days in kano. Acting for him at an early age was hard because His father was not in support of him becoming an actor. Brought up from a decent family, acting for him started in church and schools where he participated in drama activities.

He has featured in major blockbusters home and abroad, a well-known actor who has received recognition globally. Olu Jacobs is one of the most respected actors in Africa and overseas. He has a major role in restructuring Nollywood and the Nigerian industry in general.

He got his primary school certificate at Holy Trinity School in Kano state. After which he completed his Secondary School in Lagos.

Olu Jacobs continued with his education in England, United Kingdom. Where he studied Theater Arts at Rota Academy of Dramatic Arts (RADA). Because of this, he got the education qualifications and the experience to excel in the movie industry. He has dual citizenship, which means: he is Nigerian by birth and British by naturalization.

The Nigerian superstar does not leave his personal life for the general public to see. He’s been married to co-thespian and well-liked actress, Joke Silva for over 30-years and both have two sons together.

Olu Jacobs and his spouse who still uses her surname run a school known as ( Lufodo Academy of performing arts ) which caters to future actors.

As expected, so many questions and rumors have been raised as his wife continues using her name. Olu Jacobs said In an interview that ” he’s not worried about his wife’s using her real name instead of his own”. According to him, his marriage to Joke shouldn’t deny her and her audience her name. Olu Jacobs has always been defending her partner over the years from separation rumors.

We cannot deny the fact that this cute pair whose love life has become a concept to young couples. The Veteran actor and actress met in 1981 at the Lagos National Theater. It was throughout a rehearsal for Wole Soyinka’s  Jero’s Metamorphosis, that he intentionally set eyes on her and knew they were each meant to be.

There were rumors that the veteran actor was ill after pictures of him looking pale went viral on social media.

Olu Jacobs started acting in the United Kingdom. The story was a funny one, he was invited to an audition by a friend where he took part in the audition after which the judges were impressed by his acting skills, he got a role in the movie “The Vigilante” which happens to be his first movie. It was not long before producers started gunning for the young star because he started appearing in various British television shows and series in the 1970s.

Olu Jacobs came back to his fatherland after twenty years of acting in the United Kingdom to put to use all the knowledge and experience he has acquired. He joined The Nigerian movie industry and helped with its growth. A well-known actor who plays each role perfectly in any movie. being a king, politician, father, and servant.

The Nigeria movie industry as of then was not bringing in much profit. With hard work and dedication, he is well respected as one of the biggest Nigerian film producers. Paving way for the young ones in the industry, he has been featured in more than 200 Nollywood movies since the early 1990s.

The Nigerian veteran actor appeared in several international stages and tv plays like:

Olu Jacobs is a multi-award winner. has been recognized both within and outside the country for his professional performances. Some of them include;

With all the endorsements, OluJacobs’ net worth is estimated to be around $3.5million.