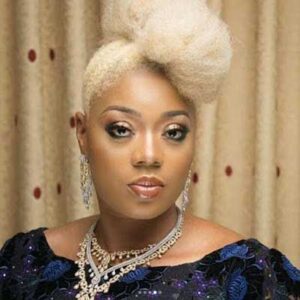 Chineze Anyaene is a prolific Nigerian filmmaker who is known for creating an outstanding epic folktale. She was born on 28 December 1983 in Nigeria and started her career as a filmmaker, writer, speaker, and film producer. She is one of the young and famous filmmakers and film producers in Nigeria. She broke into the limelight after her 2010 critically acclaimed picture, Ijé: The Journey. She is a passionate filmmaker with outstanding achievements. She tells stories through cinematic interpretation benchmarked on an acclaimed international technical standard. She was also was a Speaker at the 14th Edition of African Business Club, Harvard Business School, on the subject ‘Entertainment: A Nexus of the Movie and Music Industries in Africa.

Chineze Anyaene was given birth to and raised in Abuja. She grew up alongside her siblings and nurtured her passion for story writing since her tender years.

Chineze Anyaene had her childhood in Abuja where she had her primary and secondary education. She attended Regina Pacis College Abuja and later proceeded to the prestigious University of Abuja, Nigeria where she obtained her B.A in Theatre Art. She later moved to Los Angeles in the United States in the year 2005 obtaining a master’s degree in Directing at the New York Film Academy (NYFA).

She was recognized while at NYFA for creating an outstanding epic folktale, noted as the best “foreign film” of her graduating class. This in turn would open doors of opportunities to her afterward. Chineze stands out as the first student in the history of the New York Film Academy to make a feature film while in school and also to receive a production sponsorship from Kodak.

Chineze Anyaene has an incredible career, although her passion had grown with her over time,  She broke into the limelight through her feature film debut “Ije: The Journey”  which was produced in 2010. it was produced and directed by her and features popular Nollywood faces such as  Omotola Jalade-Ekeinde and Genevieve Nnaji with a production sponsorship from Kodak. Ije tells the story of two sisters, Chioma and Anya, and how the former travels to the US to save her sister from being convicted of murder. The critically acclaimed picture was set in Nigeria and the United States making a landmark of being the first feature film to be produced by a student of New York Film Academy; “Ije: The Journey” became famous around film festivals across the globe. The film would win prestigious awards and then became a Nigerian box office hit and instant classic as well as contributing to the revolution of Nigerian cinema.

Anyaene went on to produce a short film in 2012 titled ‘20 Years Later’ which was directed by Larry Ulrich. She was also a Speaker at the 14th Edition of African Business Club, Harvard Business School, on the subject ‘Entertainment: A Nexus of the Movie and Music Industries in Africa. Anyaene led a delegation with some veteran actors in Nigeria such as Tope Oshin Ogun, Ramsey Nouah, Charles Novia to represent the Nigerian movie industry at the World Economic Forum held in Abuja in 2014 as a panel to discuss Nollywood and its prospects.

Chineze runs a consulting producer for a brand that is made up of  7 channels on Sub-Saharan African direct broadcast satellite service.

In 2012, Chineze Anyaene was part of the Nigerian Oscar Selection Committee (NOSC) and received approval from the Academy of Motion Picture Arts and Sciences as the Nigerian organization approved to submit and represent the nation’s feature film entry in International Feature Film (IFF) category; the committee for which she was chairperson was approved for a running tenure of 5 years.

Chineze Anyaene is married to her heartthrob, Chibuzor Abonyi

Anyaene has won several awards both locally and on the international stage. These include;

Chineze Anyaene has significantly great wealth to her name with a net worth of approximately $5 Million.

Chineze Anyaene is a phenomenal celebrity influencer, she provides room for interaction with her fans through Instagram Facebook, Twitter, Youtube among others. She is a versatile individual with such an active life on various social media platforms.