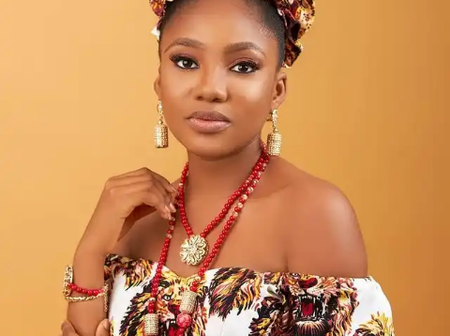 Angel Onyi Unigwe is a fast-rising Nigerian child actress, television personality, and brand influencer. She is famous for her radiant smile, beautiful face but most of all her impeccable creativity and talent. Unigwe is a kid and that made many other young adults in the country identify with her.

Unigwe was born on 27th June 2009 in Lagos, Nigeria. The child star is, however, hails from Owerri, Imo State Southeast region of the country. She was born into a household that loves entertainment. Her elder sister popularly known as Princess Chizzi is also an actress, a model, and a big TV personality while Unigwe’s twin brother is also a child actor just like her sister.

The 12-year-old actress has completed her primary school education and she is currently in the next phase of her education getting a high school diploma. She is currently living with her parents and siblings in the Lekki area of Lagos state while she goes to school.

It’s no surprise for Unigwe to pick up acting as a career at a young age given that she is being raised in a household that loves entertainment. While she was six years old she made her first screen appearance in the television series Alison’s Stand which was released in 2015.

Unigwe alongside her siblings belongs to a crew called “5-Star Talent Ville”, it is a movie production company owned by her mother and it has its headquarters in Lekki, Lagos State. She has acted alongside big names in the industry the likes of  Oge Okoye, Jim Iyke, Zubby Michael, Regina Daniels, Ken Erics, Mercy Johnson, Ruth Kadiri, and others.

With less than a decade in Nollywood, she has not let that stop her from getting major roles in the industry. Unigwe has appeared in several movies, some of which are;

Although being a teen actor with just a few years of experience Unigwe has managed to snag up a few awards in the Movie and Modeling industry, listed below are such awards;

Angel Onyiyechi Unigwe is considered one of the richest teen entertainers in Nigeria with an estimated net worth of $150,000 in the bag.

Being a young star has put a lot of pressure on the young star with the society expecting to see certain standards and performance, however, she is resilient and focused. Unigwe social media handles are on Facebook Angel Onyi Unigwe, Instagram @angel.unigwe, and Twitter @AngelOunigwe.