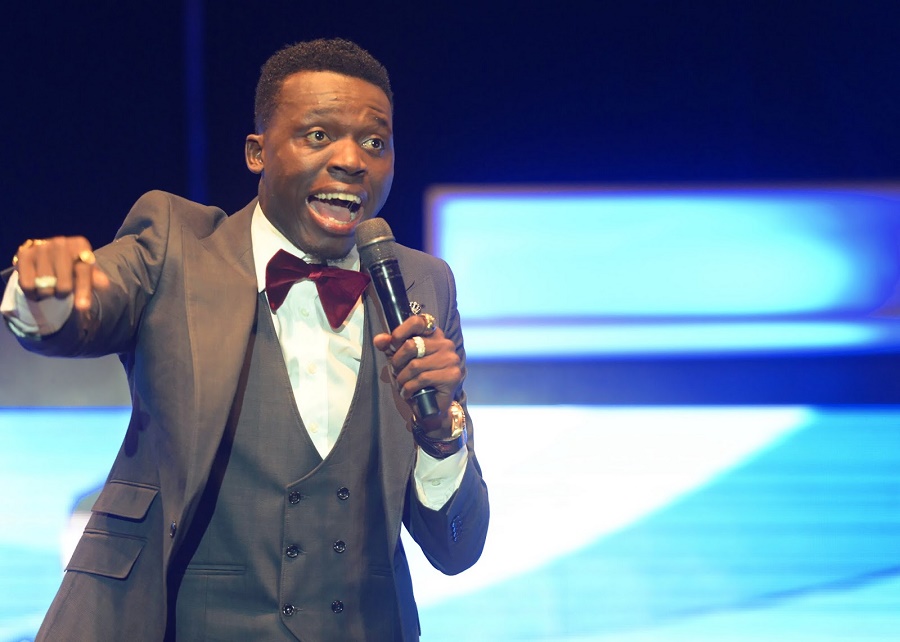 Akpororo is one of the top stand-up comedians in the Nigerian entertainment industry. He is a versatile man who did not just focus on his comic acts but has made a name for himself as an outstanding actor and exceptional gospel singer.

He is an extremely social person and has gained tremendous fame both on social media and offline. His official Instagram account is @akpororo where he has almost 3 million followers.

All You Need To Know About Akpororo Biography

Akpororo was born in 1989 in Delta State, but he hails from the Ilaje a town in Ondo state, the western part of Nigeria. He grew up in Warri, Delta state, and had his primary and secondary education there. Akpororo studied Sociology at Lagos State University. Information about his siblings and parents is unknown when this article is being written.

Akpororo started his career as a gospel musician with his prior knowledge about music learning from the church choir until 2008 when he competed in the National Comedy Challenge organized by Opa Williams and went on to win the Calabar zone of the competition.

In 2009, Akpororo relocated to Lagos and went on to contest two times in the AY’s Open Mic Challenge, he came second in his first attempt and won the competition in his second attempt. He rose to fame in 2013 after his live stage performance at “Basketmouth’s Laff and Jam” show and later went on to perform in numerous comedy shows including “AY Live”. On the 12th of August 2014, he held his first major comedy show “Akpororo vs Akpororo” at the Shell Hall, MUSON Centre, Lagos. The event saw the attendance of prominent musical artists and comedians.

In 2014, Akpororo decided to pursue a career in acting, and has since then starred in the films “Headgone” and “The Antique”, and “Headgone” earned him three nominations at the 2015 Golden Icons Academy Movie Awards.

Since he has kick-started his triple acts career in the entertainment industry he has made a name for himself in these niches and as a result, signed several endorsement deals with many Nigerian top brands one of which was Airtel, a top telecommunication network provider in Nigeria.

He has earned himself many awards and nominations in the entertainment industry as well, some of which includes:

Currently, Akpororo’s net worth is estimated to be about $5 million all being income he earned from his comedy, acting, and singing career.

The comedian and singer is the head of a choir in Lagos which has approximately 80-90 members. He also has a dance group, and the dance group organizes the “Ojo Mega Praise Jam.”

Akpororo married the love of his life Josephine Ijeoma Onuabughuchi in 2015 and the union is blessed with three kids, two girls, and a boy.