Samuel Obiago was a Popular veteran Nigerian movie Producer and actor. Obiago was gifted, creative, and talented in acting and interpretation of movie roles. His ability to interpret his roles well made him sought after by movie directors and producers in Nigeria. He is best known for his unique roles in Nigerian Epic movies.

Samuel Obiago was born on September 25th, 1964. He started and completed his basic education in Asaba, Delta State in the south southern part of Nigeria. After which he moved to Lagos State in the southwestern part of Nigeria for secondary school. Obiago furthered his education by going to the Institute of Management and Technology (IMT) in Enugu and obtaining a Diploma in Mass Communication. He then proceeded to the Federal University of Technology Akure in Ondo State and earned himself a Bachelor’s Degree in Mass Communication and subsequently a Master’s Degree in Mass Communication.

Before beginning his acting career, Obiago was a successful banker and started his career with Ecobank Nigeria from 1991 to 2001, and Ecobank Transnational Incorporated from the period of 2001 to 2005, he then moved to Banquet Atlantique (Barclay’s Bank) and worked there from 2005 to 2007, Access Pan Africa (Access Bank) from 2007 to 2009 and Success Finance Ivory Coast from 2009 to 2011. In 2011, he established his own company Fincraft Sarl and was the CEO of the company from 2011 till the time of his death in 2021. It was not until  2012, he became an investment consultant and a filmmaker.

The late Obiago started his career as an actor in the Nigerian movie Industry in 2013 by going to different movie auditions and later landing some minor characters in movies. He became famous after acting in several Nollywood movies. He was a dynamic actor and acted as a king, and traditional ruler, titled chief, elder, husband, father, and father-in-law in several Nollywood movies. He then started his career as a movie producer.

Sam Obiago has acted in several movies, some of which are;

Sam Obiago was married to the love of his life and they both shared two children before Sam Obiago’s demise.

Sam Obiago’s death came as a shock to Nigerians. It was announced by Emeka Rollas on her Instagram page on December 23rd, 2021. Rollas is the National President of the Actors Guild of Nigeria (AGN). It was reported that Sam Obiago cause of death was he had suffered a stroke. 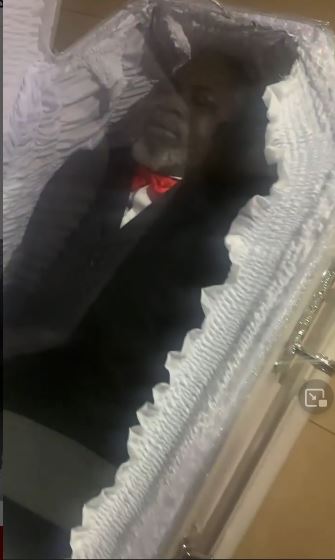 Sam Obiago estimated net worth at the time of his passing is estimated to be a little over $600,000. Which made him one of the richest and most influential actors in Nigeria. He left behind businesses and properties in the helms of his children.