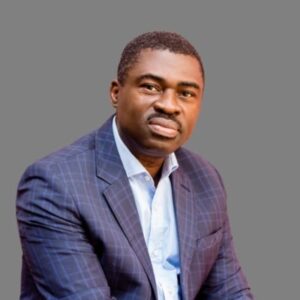 Wale Adenuga is a Nigerian former cartoonist and currently a series producer, famous for the publications Ikebe Super, Binta and Friends, Akpan and Oduma, and Super Story, which are televised through his production industry known as Wale Adenuga Production.

He has built a name for himself in the Nigerian entertainment industry over the years. He is considered one of the top-rated and most sought-after entertainment moguls in Nigeria.

Wale Adenuga was born on the 24th of September 1950 in Gbongan, to Chief J.A. Adenuga, who was a renowned businessman in Ile-Ife at the time. He moved to Ile-Ife at the age of 10 where he grew up.

Wale had a nice childhood growing with his siblings in the neighborhood. He discovered his abilities for singing, drawing, and acting. He formed a pop band called the Social Brothers Band while he was in Ibadan City Academy. They usually sang Sunny and Ade Ebenezer Obey’s songs to entertain the school. Unfortunately, the band dissolved after a while because the junior members left the group to form their group.

Wale’s interest in music deteriorated while he was in the university because not many people were interested in his music, the reason why he focused on drawing and soon became the Chief Cartoonist of the school’s magazine, Bugging Magazine.

Wale Adenuga started his career before his late thirties but later, Nigerian publications were adversely affected by the economic depression which made Adenuga the decision to move from print and venture into electronic.  Adenuga had released the celluloid movie Papa Ajasco long before the growth of the film industry, based on the main character in Ikebe Super in 1983. Papa Ajasco made history as the first English comedy in the Nigerian entertainment industry which had been earlier dominated by Yoruba productions. Binta My Daughter, which was a re-entitled film version of Binta, was released in 1995. The television series, Papa Ajasco (formerly The Ajasco Family) was aired on Nigerian television to rave reviews a year later.

Wale  Adenuga and his wife Ehiwenma established Binta International School in Lagos On September 24, 1994, he dedicated the foundation intending to improve education in Nigeria.

Adenuga went on to open the Pencil Film and Television Institute (PEFTI) in 2004. It offers courses which include Producing, Directing, and Cinematography. Recently, the school (PEFTI) was featured in De Film Industries van Nigeria, a Danish documentary on the Nigerian movie industry.

Wale Adenuga has produced a lot of movies and soap operas which include:

Wale Adenuga has won several meritorious awards in his career, part of which include;

At the Nigeria Film Festival, he was named Best Script Writer of the Year – 2002

At the Nigeria Film Festival, his TV drama was named Best Television Drama of the Year – 2002

The award-winning producer got married to Ehiwenma in 1975 after meeting each other at the University of Lagos where they both studied. The union produced lovely children.

When he is not working Wale engages in several activities such as singing, drawing, visiting the gym, writing among others.

Adenuga claims not to have a favorite meal, he enjoys vegetables which he claims has many benefits such as detoxification. About religion, Adenuga holds a liberal religious view though he is a deacon in his church

Wale Adenuga is one of the richest and most influential producers in the Nigerian entertainment industry with a net worth of about 1$million USD.